A Glimpse into the Thoughts & Imaginings of Vibeke Hiatt 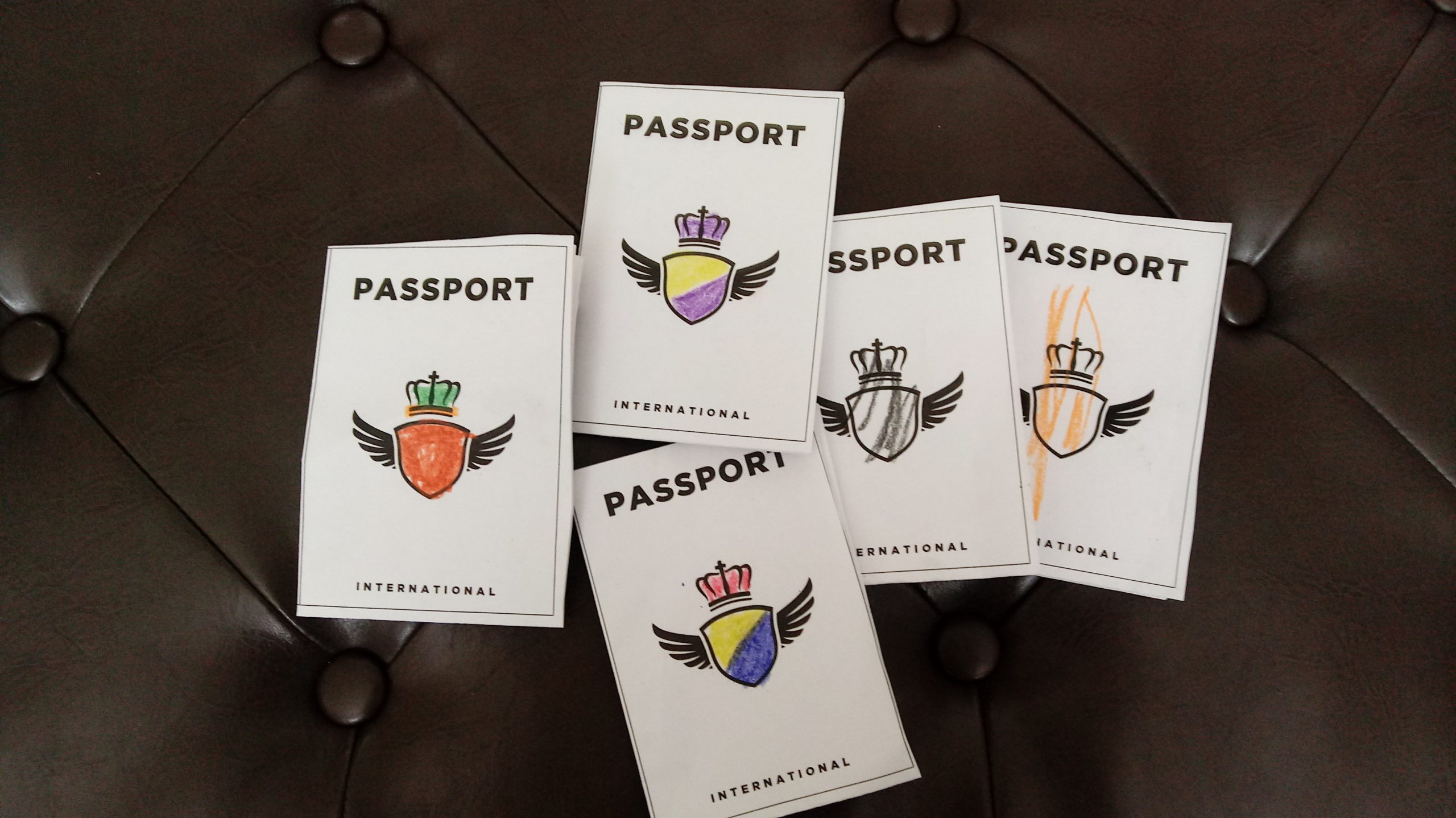 How do you celebrate your birthday in isolation? This was the question I faced when I realized having an early-May birthday meant celebrating with social restrictions. As an introverted homebody, you would think staying home wouldn’t be a problem. But I wanted my birthday to be different from other days. Plus, Brett took the day off from work, so I wanted to make it special.

In April, I had the idea to let our children make their own passports and pretend to go on a trip. They’ve been talking a lot about flying in a plane and this would be a fun way to use our imaginations together. Why not plan this “trip” for my birthday? I’ve been to Europe three times and love the history and culture. We could plan our trip around the places I would like to see—or have already seen and would like to visit again—and foods I know I like.

A couple of days before my birthday, Brett and I found printable passports that we and the kids could color and fill in ourselves. Wolfie and Brunhilda loved this activity. Holger still doesn’t color very much, so Brunhilda took it upon herself to make his passport.

My birthday came. We set up a teddy bear next to the airport gate (our baby gate) and showed him our passports. Once he had inspected them, he let us through and we boarded our plane (four dining chairs set up in the living room). Being under 2, Holger sat on my lap. We listened to the sound of the plane (“Hey, Google, what does an airplane sound like?”) then landed at the airport in Paris.

We wasted no time in finding a café (“Hey, Google, play French music”), where we ordered hot chocolate for me and Brett, and chocolate swirl brioche for everyone. After filling our stomachs, we set out on a virtual tour of the city, seeing the glass pyramid at the Louvre, Notre Dame Cathedral (pre- or post-fire, we couldn’t tell), the Arc de Triomphe, the Eiffel Tower, and other popular sites.

After Paris, we drove to La Buisse, where my family lived for six months when I was young (and where I celebrated my third birthday), and then onto the Roman amphitheater in Orange (which I fondly remember visiting as a child).

Leaving France, we headed to Italy. The children squealed with delight as they showed their passports to the teddy bear. Even little Holger grinned as he ran up and shoved his little paper in the bear’s face.

Starting in Venice, we explored the canals and surrounding streets, courtesy of photos taken by Brett on a Mediterranean cruise years ago. From there we went to Cinque Terre via a YouTube video, filmed in a way that made us feel as though we were actually exploring the narrow, cobbled streets ourselves, walking down, down, down, until we reached the beach and looked out over the calming water.

Brett set off to get us pizza while the kids and I relaxed “at the beach.” We heeded my mom’s warning, though, and didn’t get sunburnt. When Brett came back and we ate, I asked the kids if we were eating in a restaurant or sitting at the beach. Brunhilda decided we were still at the beach.

Wanting to watch a movie in the afternoon, we told the kids they could play games on their tablet while we made the two-hour trip to Denmark. Letters to Juliet was our in-flight movie—and our way of seeing Tuscany.

Arriving in Denmark, we once again showed our passports to the bear—by now the kids’ favorite part of the activity. Traveling to Helsingør, we took a virtual tour of the exterior of Kronborg Castle and saw Holger Danske (both from a website and my personal photos from a trip a few years ago), then traveled to Copenhagen to see Rosenborg Castle in all its finery and Rundetårn, where we were able to look out over the city.

Since there aren’t any Danish restaurants in our area, Brett and I made frikadeller (a type of Danish meatball), boiled potatoes, and peas for dinner (“Hey, Google, play Rasmus Seebach“). Afterwards, we ate a lagkage (Danish birthday cake) my mom made for me and ate my favorite ice cream from Brooker’s Founding Flavors Ice Cream (our one departure from Danish cuisine).

When we were finished with our cake and ice cream, we flew home so the kids could get ready for bed. Brett took them up while I enjoyed some quiet time, then we helped each other with the dishes. The night ended with a little trip to South Korea, via an episode of the Korean drama Cinderella and Four Knights.

It may sound simple, but the time we spent together as a family, the things we learned and saw—even just virtually—made this the most memorable birthday I’ve ever had. All day, I was happy. My children were happy. Brett was happy. Was everything perfect? No. Was our home filled with love and laughter? Yes. That was what I hoped for, and it was the best gift I could have.

2 Replies to “Birthday in Isolation”

Moonrise on Jupiter, Some rights reserved.